The Best Way To Grow Healthy Plants In Suburban Soils 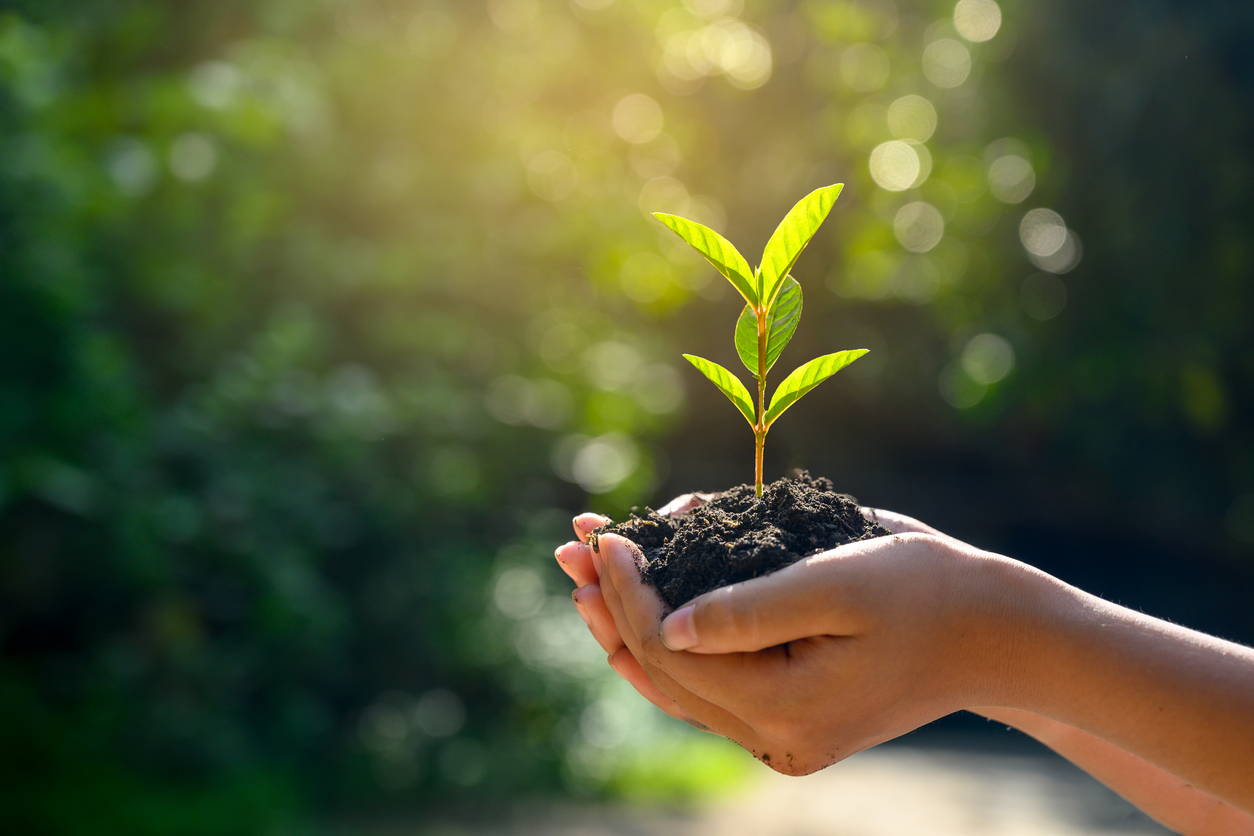 For many years, landscapers and home gardeners have been fighting an uphill battle when trying to grow healthy, sustainable plants in suburban and urban environments.

Whether its newly planted trees, garden plants, or green lawns, plant failure is surprisingly common, and the costs are high. The reason has less to do with the relative health of the plants, and so much more to do with the condition of the soils in which they are planted.

The truth is: suburban soils are often sick.

Keep reading to find out the top 3 reasons why suburban soils are sick.

1. Natural topsoil is removed from the development site

Topsoil is the uppermost layer of soil. It has the highest concentration of organic matter and is where most biological soil activity occurs.

Removed topsoil is often carted away to be used elsewhere (FYI – healthy topsoil is a valuable commodity). A portion of the removed topsoil is stored on site for later use. The scraped-off topsoil is compacted by heavy equipment into large berms and left to bake in the sun for years while construction precedes. By the time it is spread as a top-dressing in the closing days of the project, the viability of this crushed, desiccated (former) topsoil is now dubious at best.

The remaining soil on the building site is subsoil – a relatively barren mixture of hard-packed sand, silt, and clay. The excavation of deep basements (and even deeper trenches for buried utilities like sewer lines) brings mountains of compacted lifeless subsoil to the surface.

Unlike the topsoil, subsoils are low in nutrients and organic matter. The absence of topsoil (and the prevalence of subsoil) makes for a very difficult growing environment.

2. Building houses and roads puts a beating on the soil.

The effect of heavy machinery (and other external factors) pulverizes and compacts the exposed subsoil – and any remaining topsoil – which further depletes its organic content.

In suburban neighbourhoods, when digging a new garden bed or planting new trees, it's not uncommon to unearth discarded bricks, pockets of gravel, or other inorganic leftover building materials. For a builder, these waste materials are considered to be ‘clean fill’ and they are allowed to bury them rather than haul them away.

Once a developer finishes with the heavy construction, it is usually the case that a minimum amount (a few inches) of the on-site stored topsoil is spread over the site – most often to facilitate the laying of sod etc., and to make up for the earlier soil destruction. Standard practice is then to treat the 1st plantings (the new sod) with an application of synthetic fertilizer.

In the short-term, the application of synthetics may achieve results, but the long-term effects can be less than ideal.

The application of synthetic (salt-based chemical) fertilizers damages soil microbial activity - and ultimately lowers soil fertility. Rendered lifeless by synthetics, the biological engine that normally restores and repairs soil stalls-out. Topsoil is not simply there - it is made. With soil microbes disabled, the introduction of new organic matter to the soil simply stops - and ultimately - plant roots will consume the remaining organic matter.

This scenario ends in a very familiar way; the ground becomes incredibly hard underfoot, roots knot together into dense shallow mats at the surface. And rainwater (rather than being absorbed into the parched earth) simply runs-off quickly and down the nearest drain (often carrying surplus synthetic fertilizer with it).

The good news is, it’s never too late to rescue your depleted, suburban soil.

The best approach landscapers and gardeners can take is to focus on improving the soil environment in an environmentally sustainable way, allowing organic matter and biological soil activity to thrive.

Organic technologies that replenish and strengthen the soil, help convert depleted soil into healthy topsoil, and are far more effective than synthetics. And as always, nature shows us the way forward. The basis of plant health is soil health - and the engine of soil health is soil microbes. The density and diversity of soil microbes determines how well plant roots will engage with the soil. If plant roots can find the microbes they want to partner with, they will form a thriving and stable symbiosis with them. All boats rise on this tide.

Particularly effective are the organic compounds that reintroduce a diverse selection of mycorrhizal fungi to the root zone [can hyperlink this to science section on website]. Mycorrhizal fungi form a symbiotic relationship with the root systems of most plants, which allows them to grow and thrive in conditions both ideal and less so. In fact, the worse the conditions are in the soil, the more plants want to find and form mycorrhizal partnerships.

Re-establishing the mycorrhizal fungi/root system relationship in your own garden landscape (or in the garden landscape of your clients) could mean the difference between sustainable growing success, and repeated growing failure.

Learn more about how you can source and apply organic plant growth compounds rich in mycorrhizal fungi.